Hi you all!
I wasn't that happy with the teepees I made before and with the fact that they were hard to build as hell with this f*#~/ing paper soaked in wood glue and the stupid poles made of wire :P

Then I discovered another way to construct them thanks to the talented Duhamel of LAF: https://leadadventureforum.com/index.php?topic=108141.msg1351150#msg1351150

Several things made all easier: poles are wood and not metal and some of them are glued to the "canvas" before the whole thing is build. Moreover I then though I'd rather use thin cardboard than paper so it'd be sturdier and easier to handle...and this are the results: 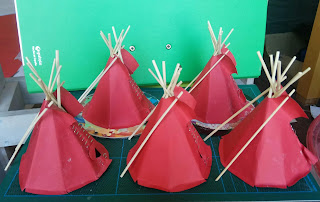 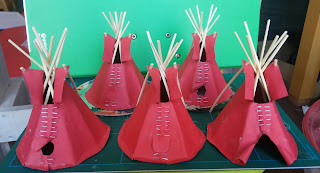 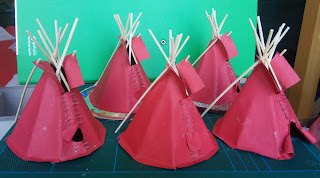 I'm pleased that I built 5 teepees in the time it took me build one with my method...So, DON'T you use my method.


I'd like to dedicate this entry to my grandpa, who sadly passed away yesterday. I don't know if this is an adecuate medium but it just feels right: he was the person who first showed me how to craft things and was a constant inspiration for me. See you on the other side :*

Hi you all!
Today I show you the last of my Crow warriors, armed with a trade musket and a quirt with a handle made of an antler, wearing leggings and loincloth made of trade cloth, with the typical loop necklace and a very fancy pompadour hairstyle. He wears cut-off feather on one side of the head and has his braids wrapped in fur skin as a badge of membership to the rank and file of the Kit-Fox warrior society: 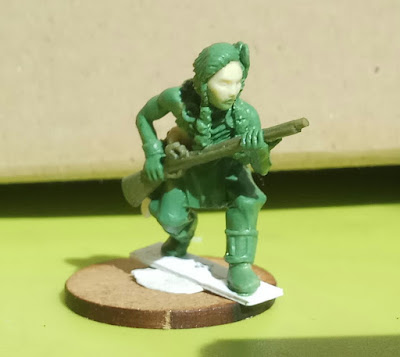 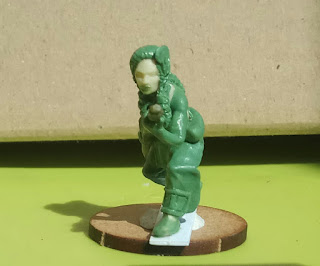 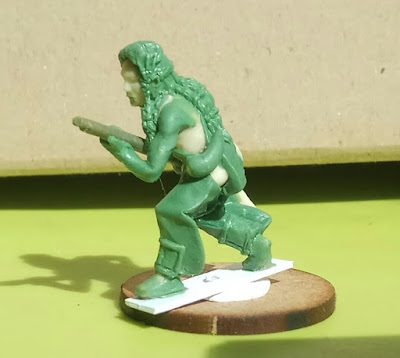 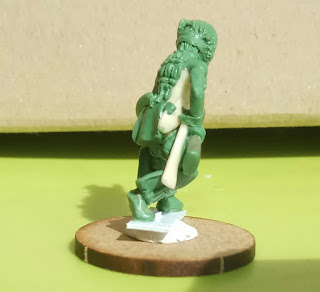 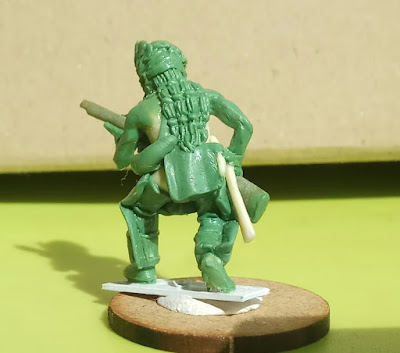 The best thing is that he's the last one of the 15 warriors I wanted to sculpt for this project (well, I really have sculpted 17, but I don't like 2 of them so you won't be seeing them :-P).

That gives me a total of three sets @ five figures each for the time I manage to get them casted :-)

Quite a warband, isn't it? It should provide enough figures for a force in LOTOW with (almost) the maximum of gang members. This is the skirmish Western game that involves more miniatures as far as I know, though I will be rather playing War On The Plains by Chris Peers or an adaptation of SOBH that I had been working on :-)

Now to contact some casters, to sculpt some horses...

Hi you all!
Today I show you some changes on some Crow warriors I did this week. I know, I'm such a perfectionist...

First of all, I wasn't entirely happy with the warbonnet of the "Crazy Dog Wishing to Die" since it looked to much like an onion. I wanted the feathers to be more like the real thing, so I reesculpted them. Now I'm happy with how it turned out :-). Moreover, I forgot to sculpt the switch on him back then, so he has one now (as had the warrior on whose account I based this figure): 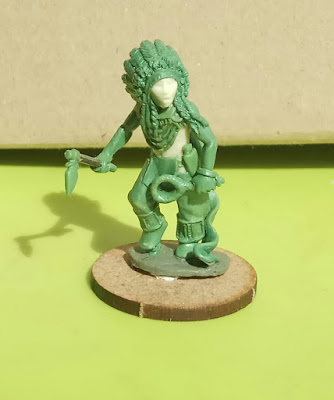 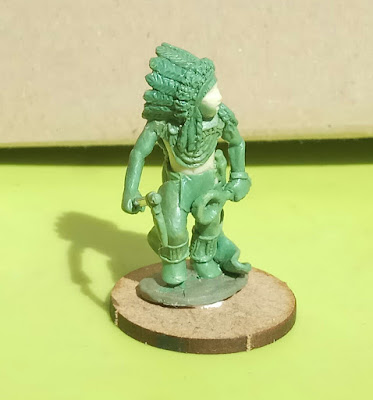 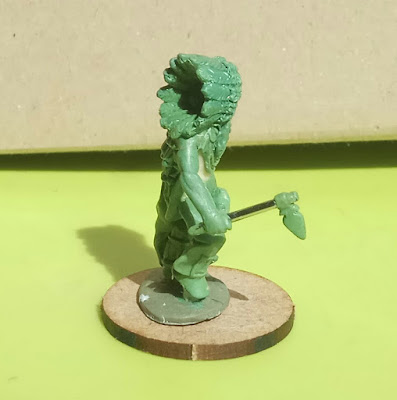 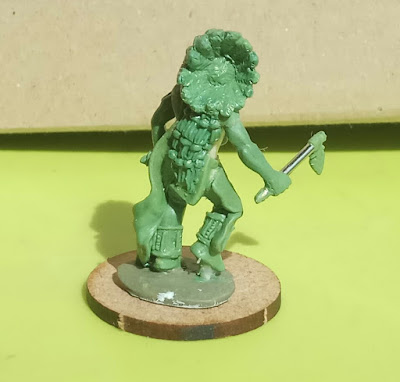 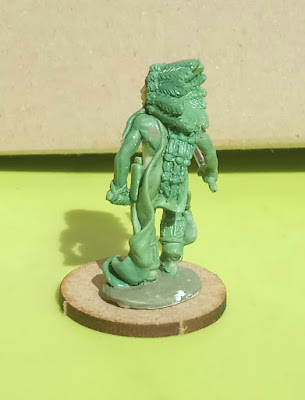 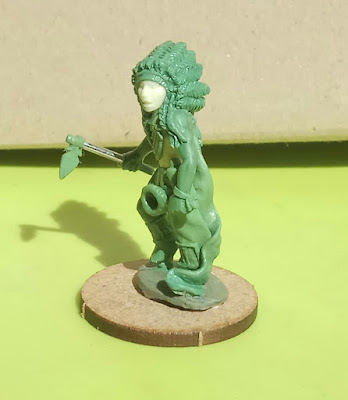 Then, I was really happy with these two warriors, nothing wrong with them...but the hairstyle was from the 30's-40's, like in Bodmers' and Catlin's painting, while I had decided to go with a slightly more modern look with my other figures (mostly because it is the more modern hairstyle with the pompadour what people normaly identifies with Crow warriors). So, in order to give the whole lot a sense of identity and uniformity I reesculpted the hair so it would match with the other figures. 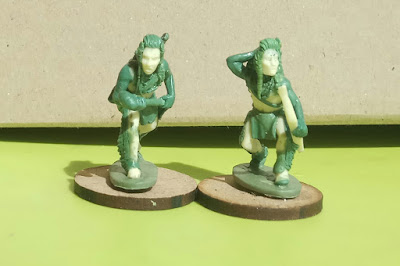 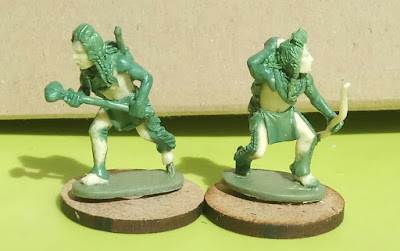 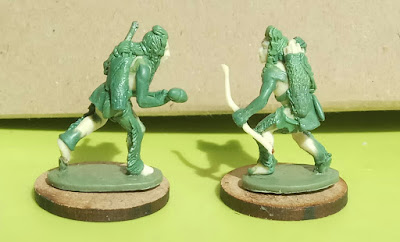 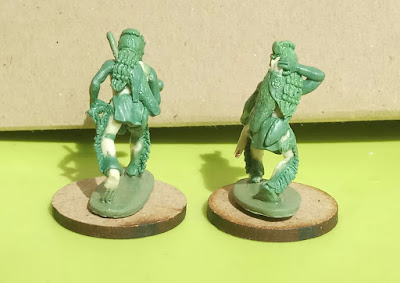 One of them wears my first attempt at sculpting cut-off feathers (third pic right). I'm happy with it. He has also the braids wrapped in fox-skin, like the rank and file of the Kit-Fox Society sometimes did as a badge of membership.

Hi you all!
Here is a Crow experienced warrior based on a colour plate by Richard Hook which on turn is based on a ledger drawing by Amos Bad Heart Bull. This warrior is armed with a trade musket and wears old style tubular hide leggings with long fringes and a loop necklace. The most stricking feature though is the bear headdress he wears, with a sash with feathers trailing on the back. It is the first animal (or part of one) that I've ever sculpted and I'm very pleased with the result :-) 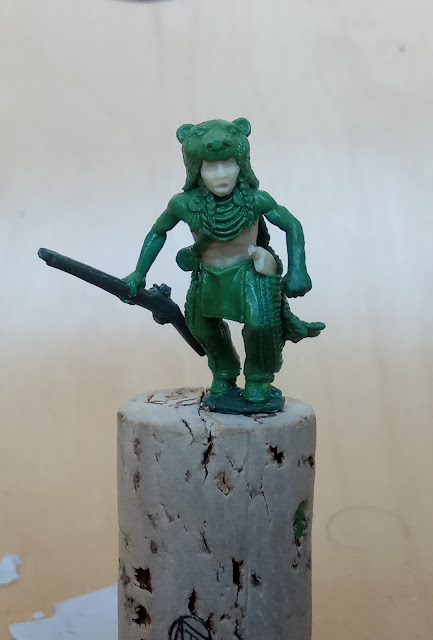 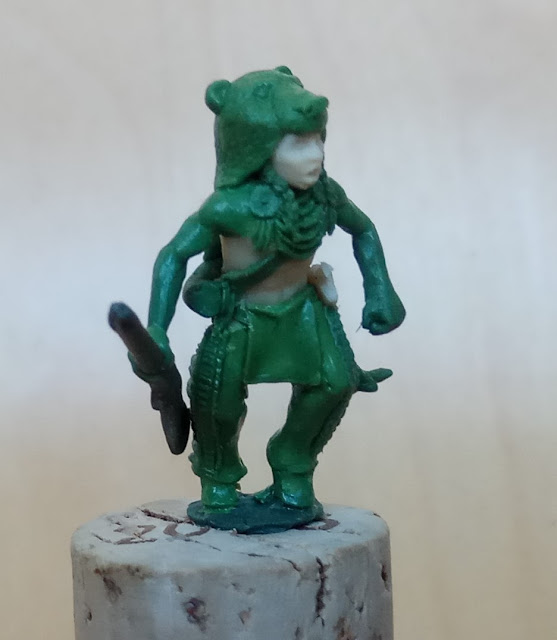 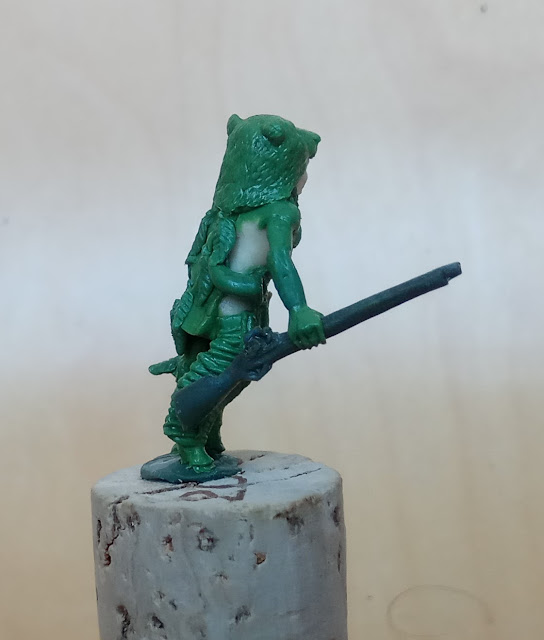 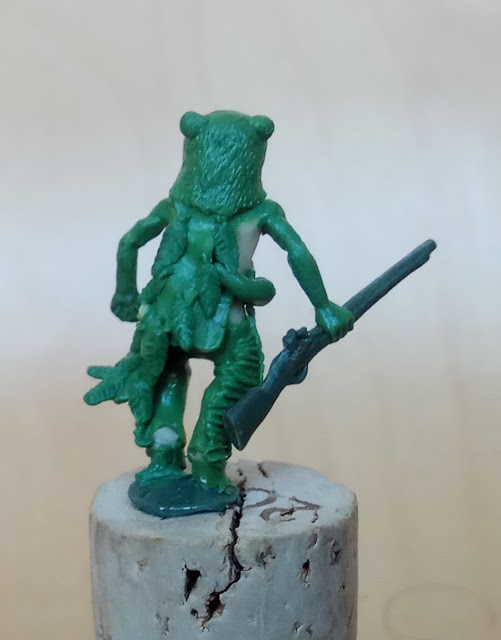 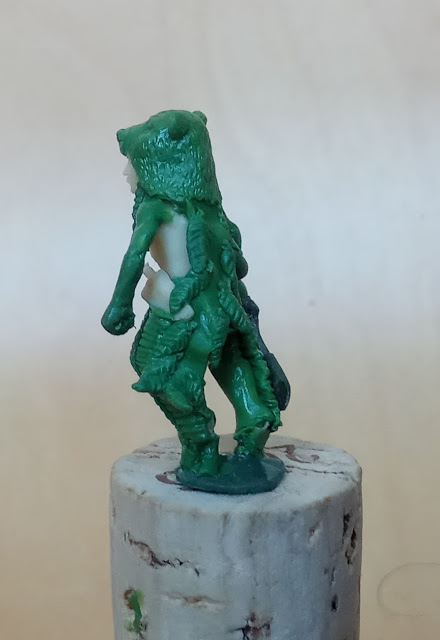 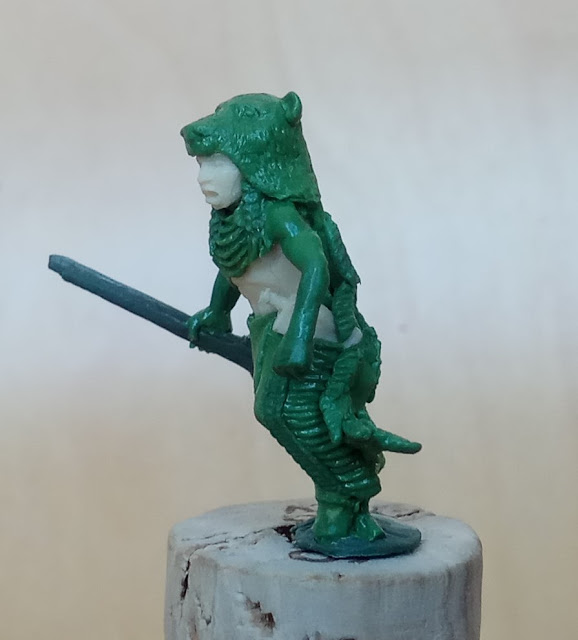 I hope you like it!
Cheers!
Publicado por Clearco en 10:00 AM No comments: